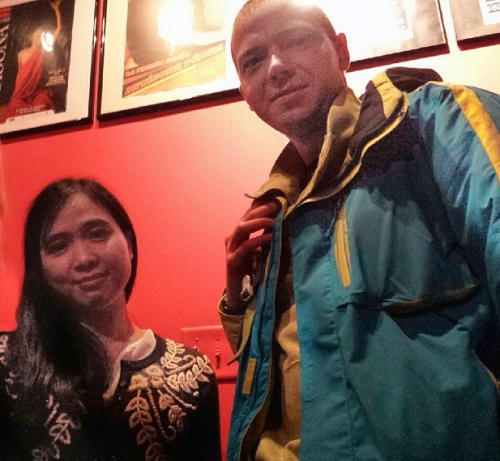 The play, written by Jean-Paul Sartre and directed by Cuban Sándor Menéndez portrays the story of Lizzie MacKay, a white prostitute from Chicago who moves to the South, where she is targeted by police and politicians to collaborate in framing a black man for a crime he did not commit. This is unflinching critique of the impacts of race, sex and class prejudice on American society. 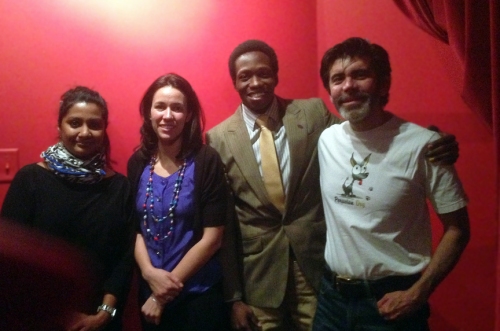 Fulbrighters Rena Schwarting from Germany (PhD in Sociology at U. of Chicago,) Aziz Pulatov from Uzbekistan (Masters in Computer Software Engineering,) Ly Hoang from Vietnam (MFA in Sculpture at the School of the Art Institute, Chicago,) Ahmad Affan from Pakistan (PhD in Public Policy at U. of Chicago) Andrey Zimnyakov from Russia (Masters Industrial Design at UIC), Roger Fassinou from Benin (Masters in Computer Science, Loyola University,) and Preema John from India (Masters in Arts Administration and Policy, School of the Art Institute, Chicago).

Cristina Sisson, treasurer of the Chicago Chapter of the Fulbright Association also came to see the play with the students. Sisson had her Fulbright in Uruguay. Performed in Spanish, the play presented supertitles in English. Ahmad Affan said: “It was a great experience. I think the play was wonderful with great performances by all the lead actors.” 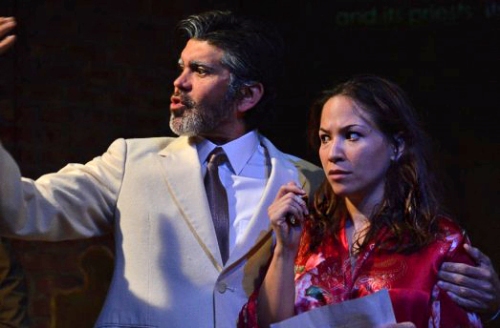 Elio Leturia, vice president of the Chicago Chapter of the Fulbright Association plays the role of Senator Clarke, a manipulative politician who convinces Lizzie MacKay to sign a false confession. Leturia donated the tickets for 10 Fulbrighters to share this multicultural experience.

“The play was written by a French who situated the plot in the United States. The director, who also performs in the play, is Cuban. I am Peruvian and the other actors are Colombian, Mexican and American. The set designer is Chilean. And the Fulbrighters come from all over. How much more international could this experience be?” Leturia said.

This entry was posted in Chicago events. Bookmark the permalink.