Contribution of immigrant women to US economy, main topic of the 14th Intl Women’s Day Celebration 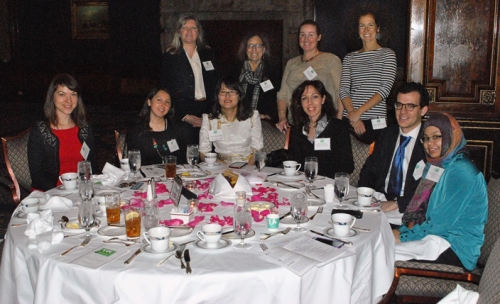 By Meredith McNeil—MEMBERS OF THE CHICAGO Chapter of the Fulbright Association and visiting Fulbright students attended the 14th Annual Chicago celebration of International Women’s Day on Monday, March 9th. The event took place at the stately Union League Club of Chicago.

The event was hosted by WorldChicago, the Union League Club of Chicago, and the International Trade Club of Chicago. The Fulbright Association Chicago Chapter not only was a partner organization for the event, but, eleven current and former Fulbrighters and friends of Fulbright attended the luncheon.

The message of the day pertained to immigrant women and their contributions not only to the U.S. economy in terms of labor and entrepreneurship, but also to women’s role in academia in this country. Both Carole Segal, co-founder of Crate & Barrel, and Michele Wucker, Vice President of Studies at The Chicago Council on Global Affairs, highlighted in their presentations the value of immigrants’ contribution to the U.S. at universities and in long term academic, and skilled careers. 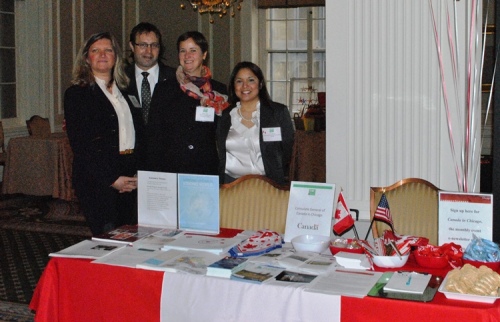 Ms. Wucker stressed the importance of correcting immigrant stereotypes in this country by changing the focus to those who come for education and their children’s educations rather than negative representations. Ms. Segal lamented the brain drain that occurs in this country when student visas expire and how increasing the number of work visas would bolster the U.S. economy. It was refreshing to hear women of civic engagement discuss the importance of international intellectual talent that the U.S. gains from immigrants to this country.

Other topics included immigrant women’s lack of legal options, immigration as a political card, and the effect the politicization of immigration has on women. According to one of the featured speakers, women currently outnumber men in the “foreign born” category in current U.S. immigration statistics. This directly relates to the role all women play in strengthening families. 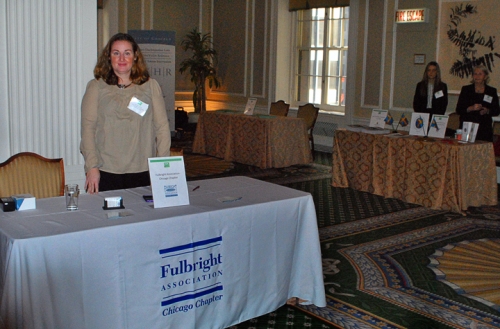 The International Women’s Day Luncheon also featured a fair of exhibitors involved in international pursuits and women’s issues, including Fulbright Chicago, the Canadian Consulate, the YMCA, and the Consulate of Sweden, among others. The fair provided a great opportunity for the Fulbright Chicago representatives to engage with other attendees and discuss potential future partnerships.