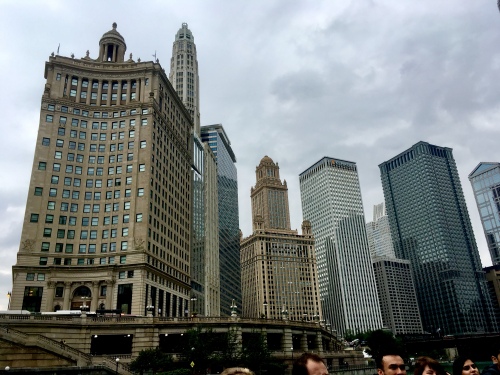 Welcome to Chicago, the Windy City.

ON A SLIGHTLY overcast but fortunately rainless autumn day, the Chicago Chapter of the Fulbright Association welcomed Fulbrighters from all over the world. The first event of the academic year was an architectural tour on the Chicago River that gave us the opportunity to present the beauty of the city of Chicago to the newcomers, and share it with the local Fulbright alumni. 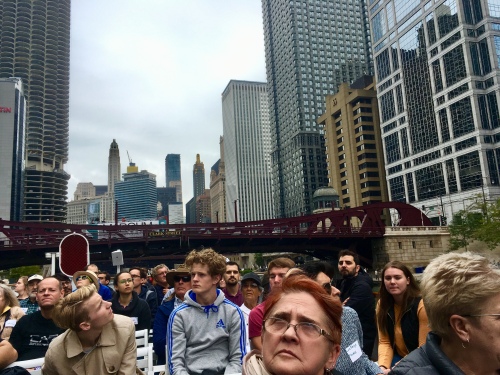 “Sixty eight Fulbrighters, between members of the association and Fulbright students and scholars have come to participate in this event today,” said Meredith McNeil, president of the Chicago Chapter of the Fulbright Association. Students and scholars not only from Chicago universities but also from from Champaign-Urbana, Normal-Bloomington and Dekalb participated in the event. 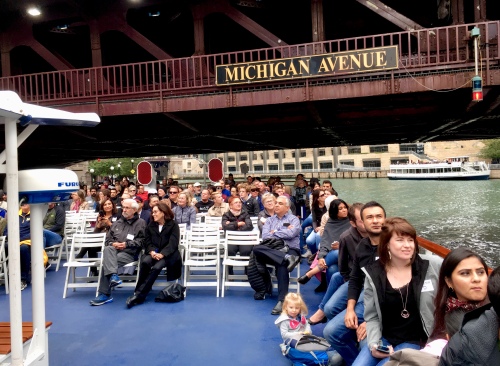 At the base of the Wrigley Building, where the tour started.

The Wendella Tours boat left its wharf at the base of the Wrigley Building and sailed the Chicago River bypassing the south branch to reach the Willis Tower (ex-Sears Tower, the second tallest building in the United States.) There it turned around and came back to cross under Michigan Avenue and continued until entering Lake Michigan, from where we all could appreciate the skyline of this wonderful city. 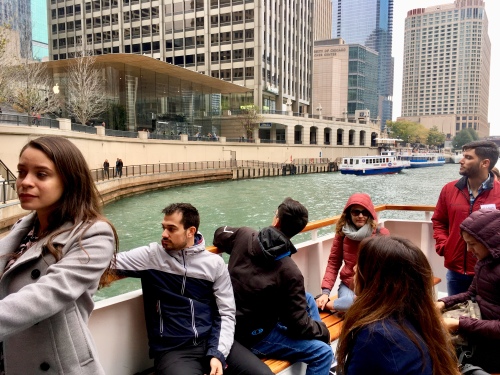 Among the buildings that stood out in this tour are the Marina City, built in 1964, the Merchandise Mart— that in 1930 became was the largest building in the (372,000 m2) and had its own postal code—the IBM building, the Civic Opera House, the NBC Tower, the Carbide and Carbon Building with its gold leaf top, the 333 West Wacker Drive building and its dramatic curved, green glass façade to the most modern Lake Point Tower and Aqua buildings, to cite just a few. 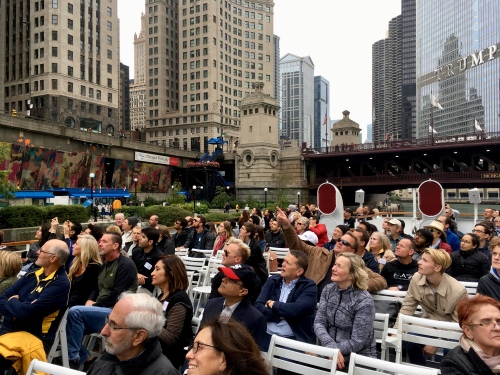 The Trump Tower, the second tallest building in Chicago.

At the end of the tour, the group moved to the Howell’s & Hood Restaurant, in the Tribune Tower building, another architectural wonder, where the scholars, students and members of the association shared a lunch and moments of friendship and camaraderie. 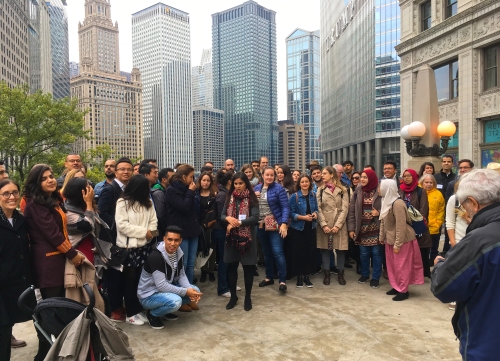 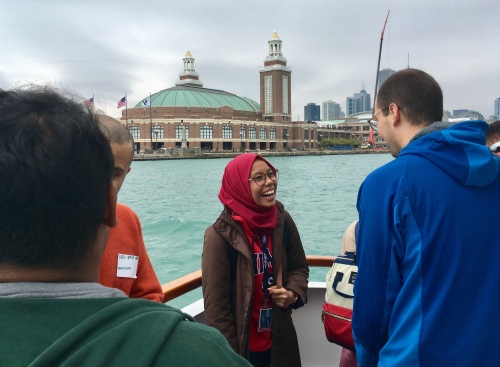 Fulbright students and scholars enjoying a good time at the lake. 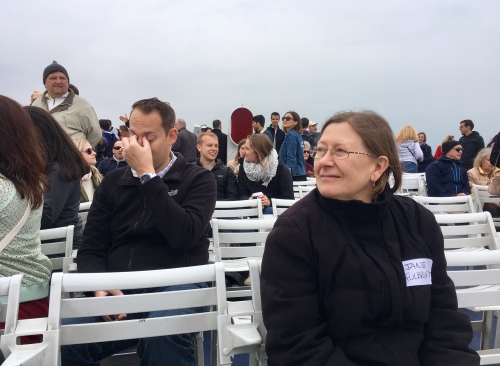 Lifetime Fulbright Association member Jane Florine, an ethnomusicologist who did her Fulbright in Argentina. 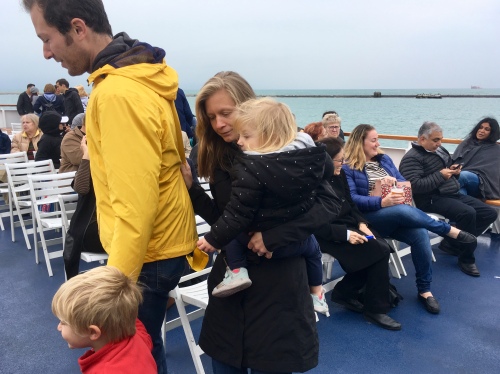 Scholars and their families participated in our Fall Welcome. 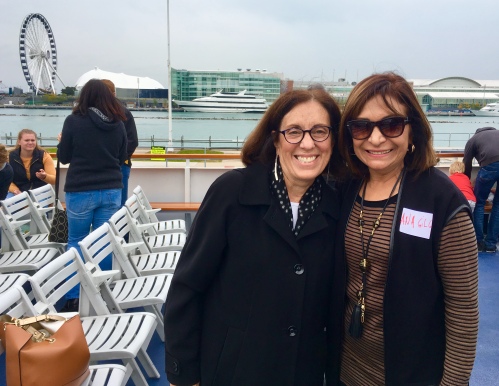 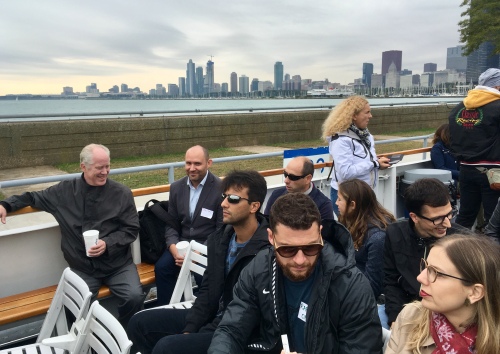 The view from Lake Michigan. 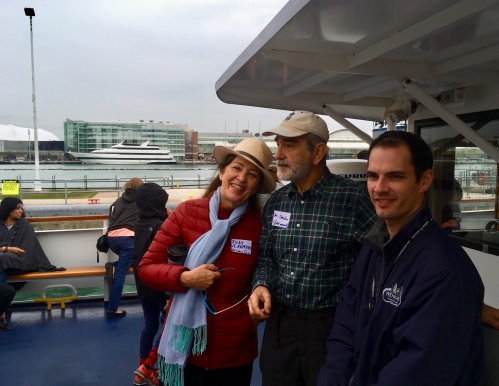 Judy and Serafín Veramendi, and our boat tour guide. 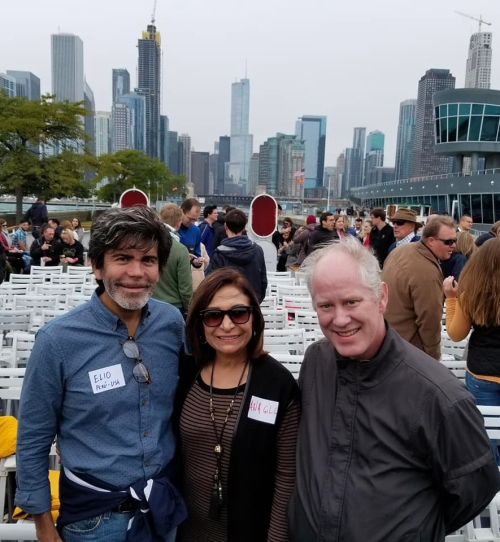 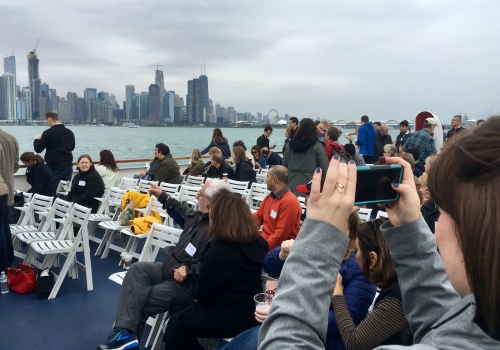 The city views from Lake Michigan are spectacular. 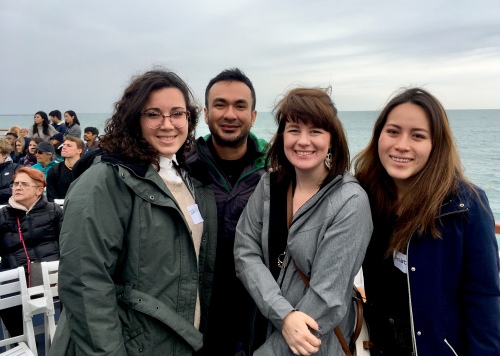 In this Fulbright group, Spanish was the language of choice. 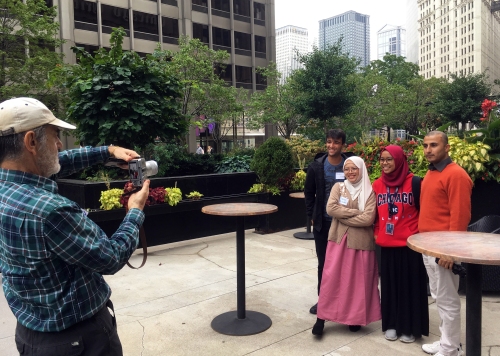 At the patio of Howell’s & Hood Restaurant. 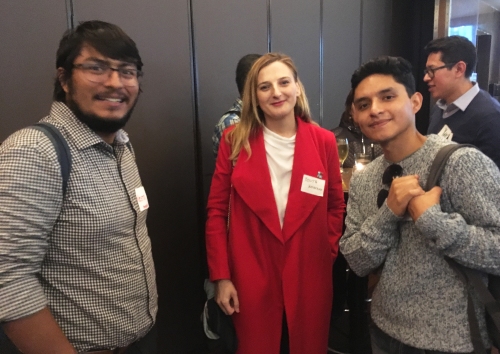 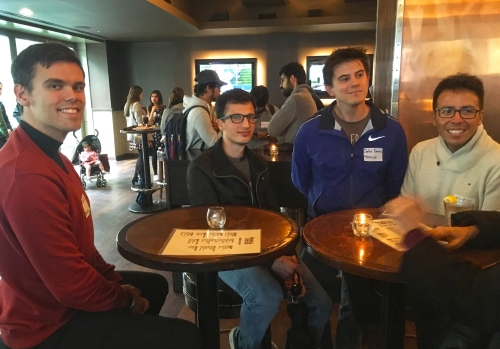 Poland, Kosovo, Mexico and Peru are represented in this Fulbright group. 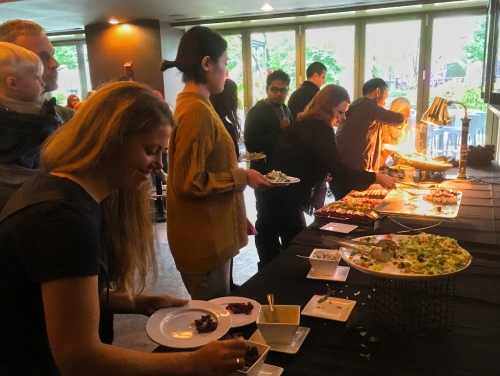 The food line is always a good place to get to know each other! 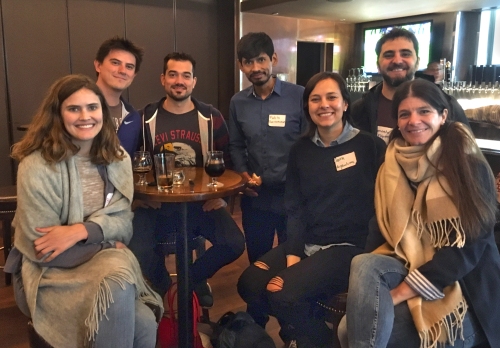 Another Fulbright group (all Argentines, and one Mexican) having a good time.

One response to “Welcome to Chicago, Fulbrighters!”