Scenes from an American hospitality dinner

EVERY YEAR, AS PART OF the Fulbright Enrichment program organized by IIE (Institute of International Education,) the Fulbright alumni are asked to open their homes for a hospitality dinner. This casual event allows Fulbrighters studying around the United States to get to know one another as well as our marvelous city.

For Fulbright Association-Chicago Chapter board member Stephen Hill, this is the fifth time he and his family host international Fulbrighters, and as he says “each time has been very rewarding.” 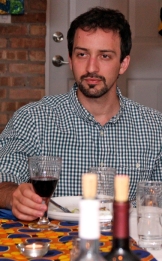 Hosni Zobai, from Israel, ready for a sip of red wine.

This year they were joined by Achille Mutombo (DRC; Law Mich State), Mirana Razafindramboa (Madagascar; Travel/Tourism RIT), Elisa Uusimaeki (Finland; Theology Yale), Arnaud Dakpogan (Benin; Economics Williams) and Hosni Zoabi (Israel; Law Geo. Washington).  They made their way up the Red line to the Howard street station where they were picked up.  After enjoying drinks a meal followed which flew a steady stream of questions and observations about their various countries and experiences.  As several of them were either from or had lived in Africa, the conversations frequently returned to issues of governance, patronage, and the high rate of economic growth found in some sub-Saharan countries.  As a good welcoming American the meal was finished, naturally, with apple pie! Photos courtesy Stephen Hill 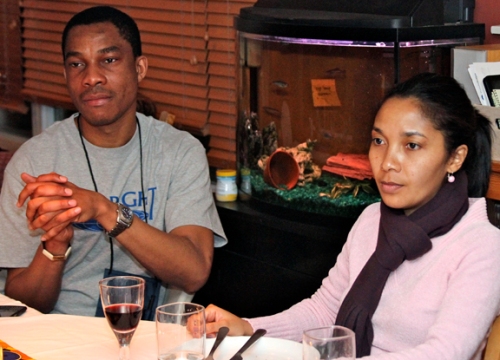 Achille Mutombo from the Democratic Republic of the Congo and Mirana Razafindramboa from Madagascar sharing dinner while getting to know other international Fulbright students and their American hosts. 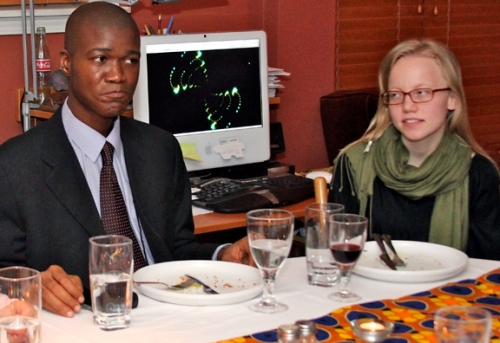 Arnaud Dakpogan from Benin and Elisa Uusimaeki from Finland about to enjoy the American apple pie.

Bring the world to your home: Share dinner with Fulbright students! 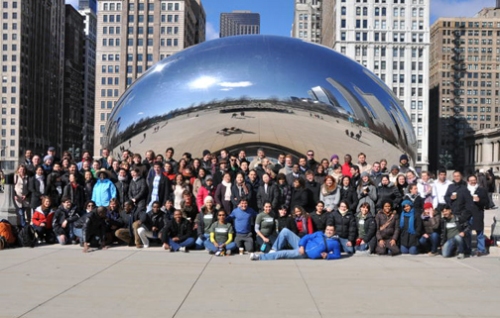 The Chicago Seminar will be held March 8 – 11, 2012. The Home
Hospitality Evening will be on Friday, March 9. We invite you to open
your homes to two or three Fulbrighters for dinner and a short visit.
This unique experience is an integral part of our students’ exposure to US culture.

Please contact Brooke Olsen at 312-254-3205 or chicagoseminar@iie.org
for more information. 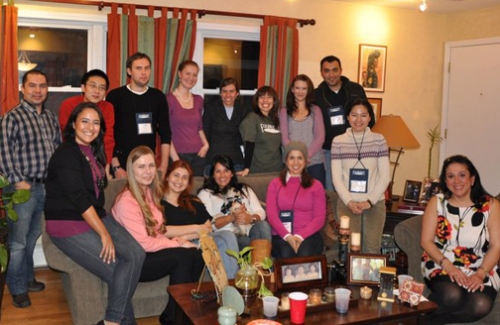 Every year, Dr. Ana Gil-García, past president of the Chicago Chapter of the Fulbright Association, hosts international Fulbright students at her home in Rogers Park.

You can host as many Fulbright students you want: a unique oppportunity to get to know the world through their experiences.

Sharing a meal with the Fulbright community

Board member Cristina Sisson, right, and three Fulbright students she took to dinner to Irazú, a Costa Rican restaurant in Bucktown, Chicago

On the evening of March 25, 2011, four board members of the Chicago Chapter of the Fulbright Association shared a meal and their time while getting to know Fulbright visitors. Each spring, the Institute of International Education (IIE) organizes the Fulbright Enrichment Seminar which invites dozens of Fulbright fellows studying around the country to Chicago.

The Home Hospitality Dinner is a community-building event in which a Fulbright alum takes a couple or more (sometimes ten!) visiting Fulbright students to dinner, either at home or at a restaurant. Monica Swope, Vice President of our chapter, who took two students this year says, “the Home Hospitality Dinner provides me with the opportunity to meet Fulbrighters in a more informal setting and is always a time well spent and treasured.”

A similar event took place the week after, on April 1, 2011 when a different group of visiting Fulbright scholars and researchers were invited by four chapter members to share a meal. They opened their homes to host groups of Fulbrighters who were coming from different academic institutions across the U.S.

Knock, knock. Bring the world to your home

Dr. Ana Gil García, board member of the Chicago Chapter of the Fulbright Association welcomes every year 10 students from different countries of the world for a dinner in her home during the Fulbright Enrichment Seminar.

The Seminar will be held March 24 – 27, 2011.The Home Hospitality Evening will be on Friday, March, 25, 2011. We invite you to open your homes to two or three Fulbrighters for dinner and a short visit. This wonderful experience is a highlight for our students as they are eager to better acquaint themselves with their host culture in the U.S. 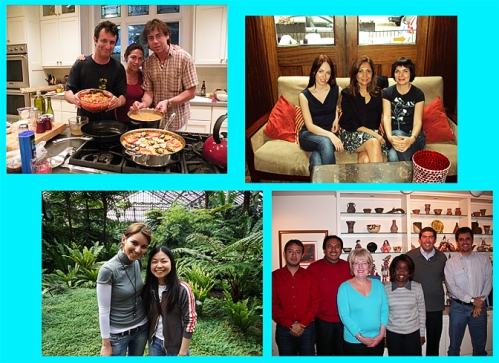 ormerly the International Visitors Center of Chicago) has worked to create a globally competent society and encourage cultural engagement by promoting Citizen Diplomacy one handshake at a time. In hosting approximately 800 international visitors per year, WorldChicago offers Chicago-area citizens ways to be involved in Citizen Diplomacy. Take advantage of the unique opportunity to host 3-5 international Fulbright Senior Scholars in your home for dinner.

Join us on the evening of Friday, April 1, 2011 and open your homes and hearts to this prestigious group of professors, researchers and experts from around the world who are residing at U.S. colleges and universities for 6-12 months. Help create personal & everlasting memories for these scholars who will be in Chicago for a professional conference hosted by WorldChicago.

A scene of hospitality

Everybody happy after having "Coquito" custard for dessert

Among the several groups of Fulbright students who were invited to share a night of hospitality on Friday March 12, there was one that spent several hours with great food and fun at the house of Dr. Ana Gil-García. Students were picked up at the Palmer House, transported via the “L” to Dr. Gil-García’s home where her daughter Ana Bonnie greeted all with a delicious meal. At that moment, Dr. Gil García’s was in Central America, where she had been invited by the State Department to offer presentations on education in several institutions of Guatemala and Belize. She didn’t want to cancel the event since she hosts this special night with students every year.